Mr Myasthenia Kid has been on holiday over the last week and for the rest of this week. Due to this I woke up today Wednesday 26th June and realised I hadn’t written this weeks blog post and I was completely clueless as to what to write. So I am going to be really lazy and just spam you with some photo’s of Dembe who has totally stolen my heart! 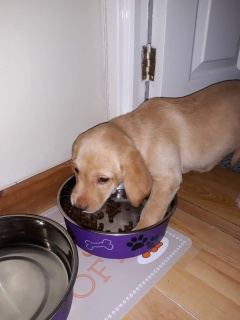 This was his first meal back on January 11th 2019. We laughed so hard with him climbing inside the bowl. He was so dinky I was permanently terrified that I would stand on him or fall over him.

This was taken when he was 9 weeks old. It seems ages ago that he was this tiny, it’s crazy to think it was this year. 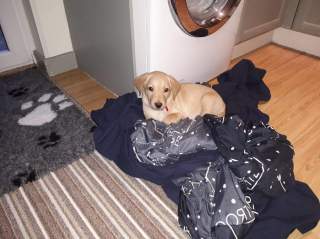 When he first came home he was obsessed with anything that smelt of his daddy and still is. His latest trick is to raid Jay’s dirty laundry basket and steal pants out of it. If there are no pants anything will do as I found out this morning as he brought a T-shirt into my bedroom. 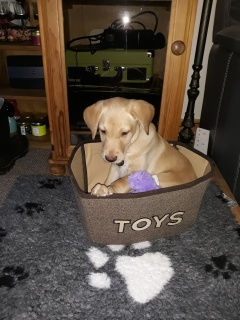 We bought him a cute little toy box which we thought would last him a very long time. His favourite thing to do was chuck all the toys out and climb inside. When he first came home he couldn’t even get in the toy box and we would have to get his toys for him. 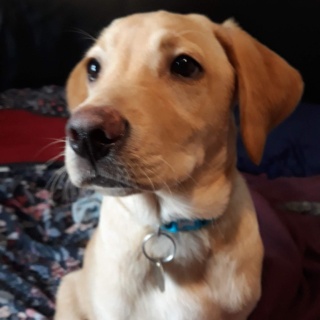 In this photo he is 19 weeks old and it marks 11 weeks that we have had him home. It is really crazy how much he has grown in just 11 weeks. At this point he could get on and off the bed by himself, climb the stairs up and down, jump on and off the sofa. All stuff he was way too tiny to do when he first came home with us. 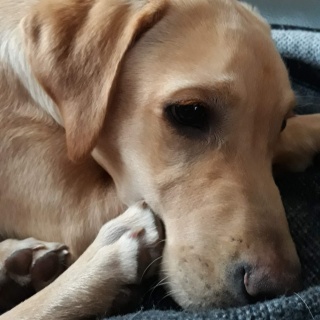 A month on and he has grown again! No longer looking like a baby but like a small grown up doggy.

This along with his first go in a paddling pool is my all time favourite video of him. He had been confined to a small patio for around 6 weeks whilst the garden was revamped. This was on the first day that he got to explore the whole garden. He went crazy! Just adorable. 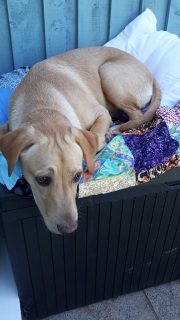 He has got so big he can now jump on the bench, the last thing he has been able to master. 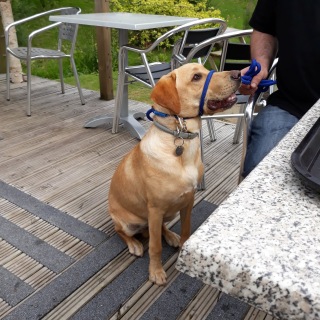 This was yesterday at the garden centre as part of our homework from his obedience training classes. We are taking him out to lots of places so he gets used to being in different situations as he is being trained to be my assistance dog.

Last month I taught him how to take my socks off. He loves doing this.

It took him minutes to master. I am still so proud of him.

He is now 7 months old, todays achievement was that he cocked his leg for the first time on a walk. Jay was so proud of him. I missed it as I am unable to accompany them on the walk due to the distance and terrain.

He has given us such joy in an awful time. I really wouldn’t be without him.