On Monday 17th October it was ten years since you left us. I can’t believe you have been gone so long yet there are days when I still completely lose my shit and sob my heart out.

Some my might say “It’s only a dog” or “You should be over it by now” if that’s the case then stop reading because Travis was never just a dog he was our baby and his loss has permanently scarred my heart. I have never been able to love our other dogs the same way in which I loved him. I always hold just a little bit of my heart back because the pain of losing him made me scared that I would never be able to carry on, when we lost another dog.

It is silly really as when you take on a dog or any pet you know that they will only live for a set amount of years. That you will inevitably outlive them, it doesn’t stop you loving them and that love blinds you to the pain you will eventually feel when they take that trip over Rainbow Bridge. I still can’t read the poem Rainbow Bridge without sobbing. In fact I am already crying now just thinking about it, silly sentimental sod that I am.

I have tried not to let the overwhelming sadness that I feel in October over take me this year and for the most part it has worked but as the 17th approaches I am filled with dread. No one except an owner remembers the date a beloved pet passed, if we are lucky we are “allowed” a week of feeling sad when it occurs but after that we are supposed to just pick ourselves up and pretend it never happened. Grief around the loss of a pet is only just starting to be spoken about due to books and newspaper articles. There are those who are still incredulous that the death of a pet could have such a profound effect on a person.

I am not going to look at Travis through rose tinted lenses, from the age of 6 months he was sick until he passed just before his 3rd birthday (28th October) and that was very stressful on all of us. It is hard to believe he would have been 13 at the end of the month if he was still with us.

Travis could be a shit bag, which is part of the love I have for him. No one was as naughty as him, although he wasn’t as destructive as his sister Mollie, whose chewing knew no bounds, he was very head strong,  food and drink thief, had zero recall ability and embarrassed me in more ways than I could possibly imagine. Here are just a few examples of his naughtiness that I still cringe at 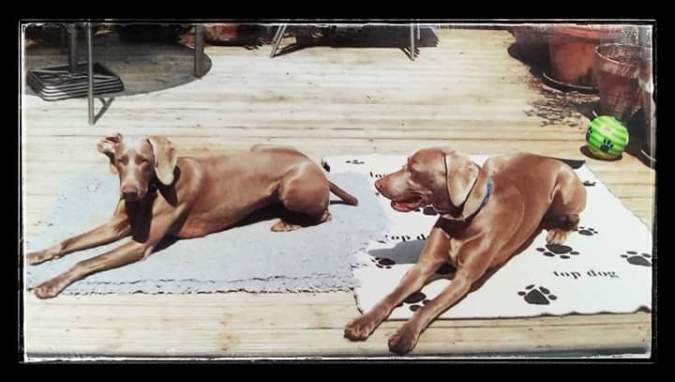 There are so many naughty stories I could tell you about Travis, to look at him you wouldn’t have thought butter would melt in his mouth. Compared to the three dogs we have now Mollie, Willow and Frankie he was a nightmare. It didn’t matter how many training classes he attended he was still a little shit. He wouldn’t even behave for the dog trainers, yet I wouldn’t change him for all the tea in China. He taught us so much, compassion, how to love something more than you ever thought possible and how important it is to cherish your fur babies every minute of every day.

So although it’s October and my heart is heavy with the loss of you dear boy, I am glad for the short time we spent together. Although it is still sometimes so raw and the grief bubbles away under the surface, your character filled those nearly three years with utter mayhem. You certainly kept us on our toes.

Until I see you again, rest in peace my baby boy.