I had been planning on doing something different this week with my blog but my head has been rubbish due to the pain caused by the CSF Leak. I did however bite the bullet and ring the consultant’s secretary yesterday (Tuesday) as I hadn’t heard anything and it had been a month since I had been admitted.

Today (Wednesday) I had a phone call from the consultant’s registrar asking if I could get to the hospital tomorrow for midday. Unfortunately although Jay (hubby) is on annual leave I would need to find a dog sitter at extremely short notice, so that I would have furniture when I returned and my neighbours still speaking to me. My dogs do not like being left and when not vocalising their disgust at the situation they set about systematically destroying everything I own. So leaving them for 5-6 hours is not an option.

So now frantic phone calls are being made to our friends to see if any of them can help out at all.

The hospital want to do another caffeine infusion as the results were so good last time. The pain came back at full strength two weeks after the first one. The hope is that it will also stop the occipital neuralgia I have developed as a consequence of the leak. As unfortunately the pain in my scalp and back of my head / neck has returned also and they don’t like to administer the nerve block injections again in such a short space of time. 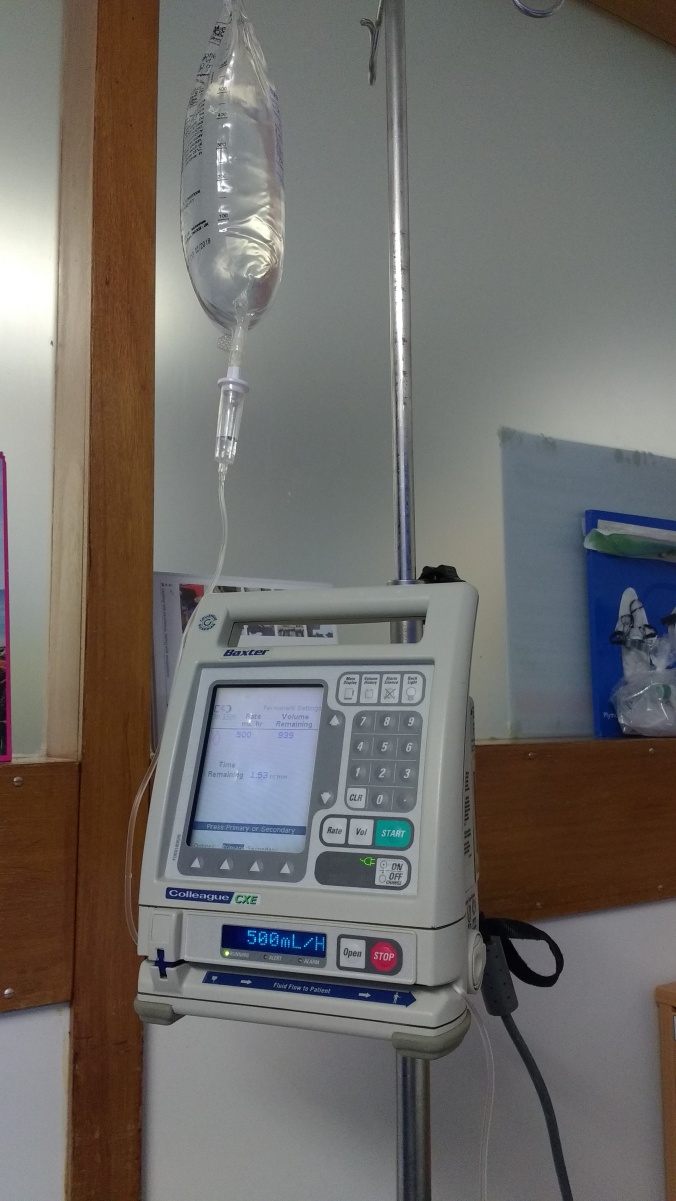 I am pleased I will be getting the caffeine infusion again, it’s just a nightmare that it is over a 120 mile round trip (2 hours in the car) to get there. Because I am under two commissioning care groups it would take weeks of negotiations to get the caffeine infusion locally. So if it becomes a regular thing then they have said they will arrange it locally for us.

So a week when we thought everything would be calm and Jay would actually get a rest has turned into another week of surprises.
Jay is also getting his back waxed on Sunday to raise funds for my campaign Help me walk the dogs again so if you can spare a couple of quid it would be much appreciated!