I was going to entitle this post “angry as f*ck” but it sounded a little aggressive, so I went with miserable cow instead. Miserable Cow fits me perfectly at the moment, I am angry all the time and along side the anger I am feeling miserable. Everything and everyone seems to get on my very last nerve. I feel like I am staring into a big black void and no one is getting how thoroughly hopeless and vulnerable I feel or maybe they are, I don’t know.

I seem to be right back at the beginning again when I first got sick. I carried an immense amount of anger then. At the time people pointed me towards the five stages of grief ( anger, denial, bargaining, depression and acceptance). I seemed to bounce between these feelings within the space of hours sometimes minutes but underneath it all there was a rage that was so difficult to express or explain to others. I seem to continually hover between denial ( so I sit up and ignore the crushing pain in my head), anger and depression.

It is immensely frustrating when you are suffering from constant pain and you can’t seem to get people to understand just how awful it is. I have been lucky I haven’t been as bad as I was when I had to call Jay (hubby) out of work as I had collapsed. However there have been a few days of late where it’s been pretty close. I have wanted to call him and ask him to come home, he would if I asked him to. The issue is that in the long run this would cause more problems that it would cure. He could get into trouble due to the amount of time he has had to take as emergency leave and then there is the issue of money. Does he take the time unpaid leaving us short of cash or does he take it as holiday using up a day’s leave, when he might need it at another time when I am worse than I am now? So not only do I have to struggle on with this alone I have to constantly consider the ramifications for Jay.

I know the stress on him must be reaching a tipping point. He is constantly exhausted balancing work, me, dogs, running the home and family. Due to the fact that we have no family where we live, we are isolated. There is no one to share the strain. Family you can call at the drop of a hat and ask for their help, as they tend to live nearby. It’s more difficult asking friends as they have their own families and work to worry about. I know if it was an emergency that I could count on them but there is something in me that feels I can’t ask. I don’t know if it’s me being stubborn and refusing to admit that things really are that bad or if I know from past experience that leaning too hard on people makes them disappear – after claiming all you need to do is ask. Back at the end of the summer I faced a similar situation where I needed help. Friends stepped up but others who claimed to be friends disappeared. No text messages, no contact they simply vanished and the same thing is happening again, with the same people.

So that is one source of my anger, I do everything I can to help my friends. I open up my home, they know that they can call me day or night, turn up on my doorstep and I have done that for years but when the shit hits the fan for me, it’s radio silence.

I have to admit pretty much everything is annoying my already frayed nerves. I never know from one day to the next what or who will receive an outburst from me. I don’t like it and try very hard not to lose it but when on social media if I see casual racism “immigrants” or factually incorrect posts, like blaming President Obama for 9/11, I can’t help myself. I try to just scroll past idiotic posts but sometimes the urge to point out the facts overwhelms me, It’s making me really popular as you can imagine. So now I am trying to lessen the time spent on social media for fear of reducing the circle of people I am in contact with even further.

I am not making excuses chronic pain changes you, most of the time I have it under control but since this suspected CSF leak started I have found I am no longer a nice person to be around. I bore myself moaning about how my head and neck hurt. I feel like I have nothing to contribute because my life is so boring with constantly lying down. I mean what do you talk about when people visit or text when all you have been lying down 24/7. I know my life is really no different from before but the pain is affecting me in so many ways, that I feel I have lost so much in such a short space of time that I am not coping with it well mentally.

You see it’s not just pain although the pain is the source of many of the other issues. I am not sleeping, roughly getting around 4 hours of unbroken sleep per night, not good for your mood. The back of my head and neck have become very sensitive so lying down is causing more pain but sitting up means it feels like my head will explode.

I also get the “how can you be in that much pain but still produce a blog post” the implication being that I am exaggerating the amount of pain I am in? Maybe I am being oversensitive? It is quite possible. The worse thing is that this question has come from people within the chronic illness community. They are a really judgemental lot, sad really. So for those of you that can’t understand how I produce a blog post and be in pain here is a breakdown of my day.

Every night at present I am waking up between midnight and 1am due to the pain at the back of my head. Some nights I lie in bed for a few hours waiting for hubby to naturally stir so that he gets as much sleep as possible. On occasion I have to wake him so he can help me get downstairs, either because my lower back is kicking off or I just can’t stand lying in bed anymore. Sometimes I just wake up, on those nights / early mornings I can get up for a bit before the pain starts to kick in. I never know exactly how long I have got pain-free it could be minutes or if I am lucky it’s an hour or so. Blog posts tend to get written in the middle of the night. This post was started at around 3am, lying on the sofa with the Chromebook propped on my legs so that I can see the screen, I am wearing sunglasses despite it being dark outside as the CSF leak has brought along it’s friend photophobia, so I can’t stand bright lights and that includes computer / phone screens / TV sets.

“Why do you still write if the pain is bad?” Ever heard of the distraction technique? It’s the kind of thing they teach you at pain management. I have never been to a pain management clinic as it is believed that I deal with my chronic pain well. I would beg to differ at the moment, I feel like I am drowning. As soon as the pain starts no matter how bad it is on a scale of one to ten, I know by the end of the day it will be at the top end of the scale. Oh and did I mention the double vision, nausea and tinnitus that goes with it or the altered sensation on the right side of my face?  So when I am able to write a blog post I seize the opportunity because it gives me the chance to vent my feelings. But I forgot it’s not allowed because I have to conform to the minority of the community’s idea of what sick or in pain should be.

So not only am I being judged by the “norms” but I am also getting it from the chronically sick community. When you are in as much pain as I am in every day there are very little f*cks left to give. If you don’t like my blog posts, feel jealous that I write them or don’t feel I am sick enough, please just jog on. Because I am not prepared to play the game of constantly explaining myself or trying to justify my actions to you. As you can see a little bit of miserable cow came out then, sorry!

I have in, the what seems the vast amount of time spent flat on my back, found a hobby of sorts. I have been taking lots of pictures of my dogs and posting them on Instagram. When I am more with it I will devote a post to my recent pictures. In the meantime if you are on Instagram you can find me at racheljillmorrismcgee, my feed includes both pictures of me and the hounds. Below is a taster of the kind of pictures I post. 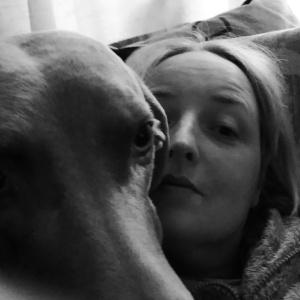 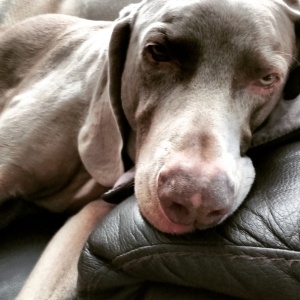